A Tale, and the Garden

You know, up in Montana I heard about a grizzled ole guy, who still to this day roams the mountains, traps, and literally lives the life of a modern day “Mountain Man!”

It seems the ole’ guy was ridin’ along checking on his traps one morning, when his horse stumbled, throwing him out of the saddle.

The poor guy hit the ground, rolled over the edge of a cliff, and fell twenty feet onto another little ledge, which saved his life. If the little ledge hadn’t have been there the man would have fell down off that mountain…for a while!

Well, he struggled back up that twenty feet or so to the top of the mountain, gets astride his horse once more, and sets off down the mountain. The only problem is that when falling, once he landed he broke one of his arms…badly. The break was a compound fracture, but it didn’t seem to bother him too awfully bad as he sat off to find some help.

It just so happened there was a Vet about twenty miles or so down the mountain, so that’s where he pointed his horse. He rode down to the Vet’s ole’ shack, knocked on the door, and let himself in.

The Vet asked what he could do for him, the man said that he’d fallen off a cliff and had broken his arm. Well the Vet took one look, saw the bone protruding through the skin, and told him he really needed to ride about twenty more miles down the mountain, where there was a bona fide Doctor.

The ole Mountain man just told him to go ahead and set it. The Vet countered that he had no anesthesia and when resetting the arm, it’d hurt like, well, let’s just say, that it won’t be anywhere near comfortable.

The ole man just told him to go ahead and set the dern thing, and as a matter of fact, he’d only been hurt twice in his whole life!

The Vet pondered this for a minute or two, then thinking to himself that if he did set the arm, by doing so he might enlighten this man, that next time, maybe he ought not be so hard-headed, and he just might listen to a little good sound advice from there on out.

So the Vet tells the man to lay his arm across a table. The Vet then grabs the arm by both his hands, props one of his feet up against the cabin wall for leverage, and then just yanks the fire outta that arm, popping the fractured bone back into place!

The ole Mountain man doesn’t even bat an eye!

The Vet just can’t believe that resetting that arm, the man showed no pain, or even whimpered a little. He was dumbfounded to say the least.

After a couple of minutes, he exclaimed to the man, that in his entire life, he’d never witnessed such a threshold of pain before! He asked the man was he correct in hearing the man say that he had indeed been hurt twice before in his life, and the Mountain man said that, yes, that was correct.

The Vet then stated, that while not trying to be forward or nosy by any means, would he please tell him what on earth could have hurt him, when snapping a compound fracture back into place, hadn’t seemed to cause him any anxiety at all.

The man said that one time back eight or ten years ago, he was out settin’ his grizzly bear traps. All of a sudden, he felt terrible stomach pains and realized he had to use the bathroom…bad!

So in his rush to git his britches down, and the urgency in finding a spot to go in, he neglected to pay much attention to where he squatted down…and sat right in the middle of one of those dern grizzly bear traps!

You could see the Vet grimace just from hearing about such a thing as this taking place, and when he recomposed hisself, he stated quite frankly that, “My God! That HAD to have been the worst you’ve ever been hurt in your life, right, son?”

The ole Mountain man just said, “No sir it wasn’t. The worst I was hurt…was when I run outta’ chain!”

Well, I may have told you earlier, but we ended up canning 42 quarts of string beans, 7 squash, and 20 pints of tomatoes this past week. Miz Bonnie sent me some advice on canning those maters. Thanks Bonnie, and I promise that I’ll call Denny either Monday, or Tuesday!!

The last few days though, it has been bone dry down here again. We’ve been watering to beat the band, and so far we have no rain in sight. So, the next few days looks to be water, water, and water some more.

Mississippi, I sure wish I could help get some of that water off you guys, because we could sure take quite a bit of it right here! If there’s anything we might could do, give us a holler! As a matter of fact I may give you a call, Monday morning some time!

Tomorrow or Tuesday we’ll give it a good shot of fertilizer since everything’s beginning to come in. That will help it keep bearing too. The weather is getting so hot now though, that until our rains start, which should be happening in June, it’s hard to keep it alive, and you wouldn’t without constant watering.

Mississippi, the eggplant are coming in. We picked 11 yesterday. Mom and Dad took some home with them. They also loaded up on tomatoes and string beans. Mom called last night and told us that her and Dad had eaten tomato sandwiches for supper. Those two love a dern tomato!

You know, I can’t understand it, but they won’t touch a squash. Deb won’t either. Ole Deb will juice one quick though! I just can’t imagine someone not liking squash?? To each his own I guess.

We’ll keep you up to date on what’s going on, and would appreciate you doing the same for us. Take care and God bless!
Dub and Deb

Here’s a few more pictures from the ranch, and the garden. The bucks down here should just now be putting out little stubs where their horns will be. 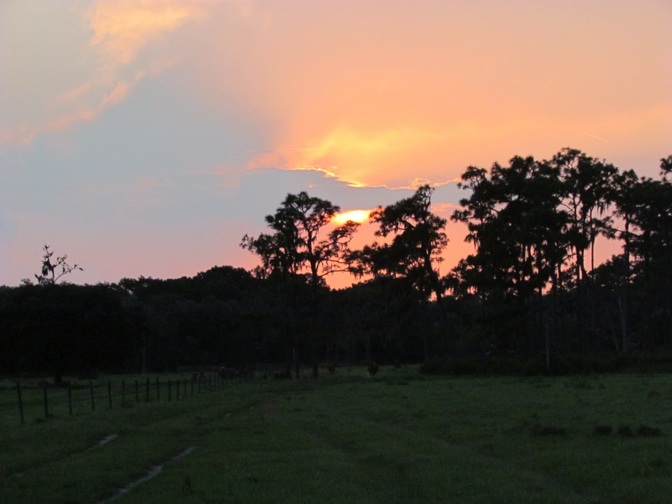 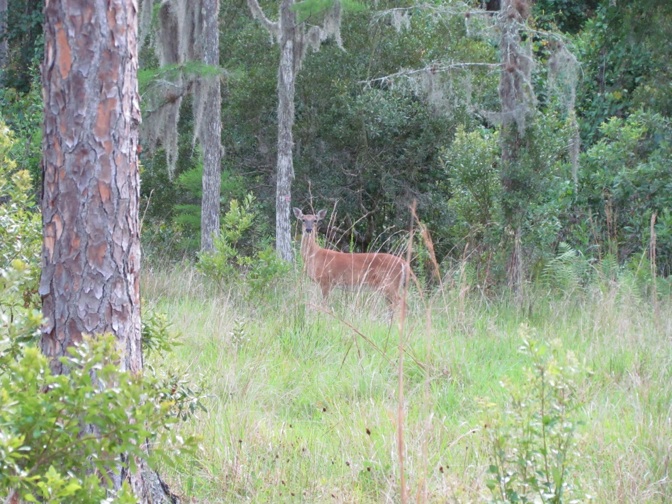 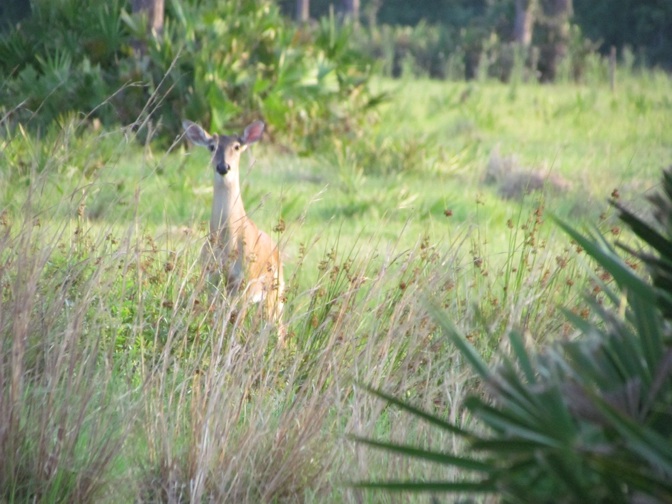 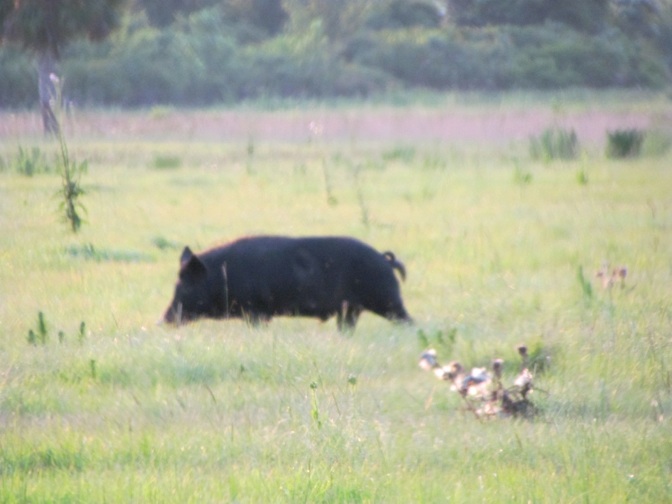 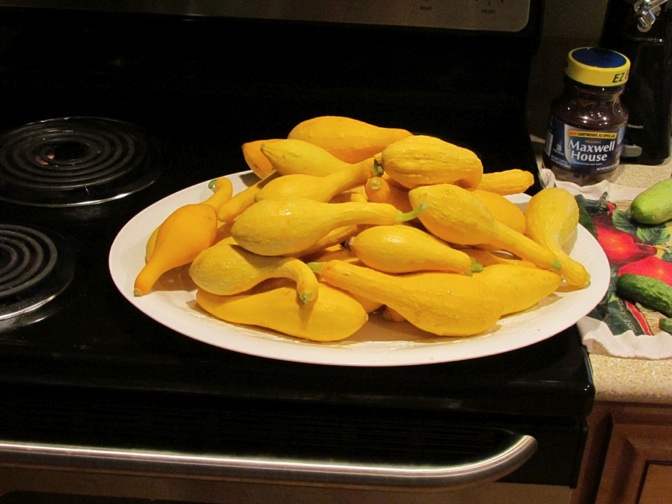 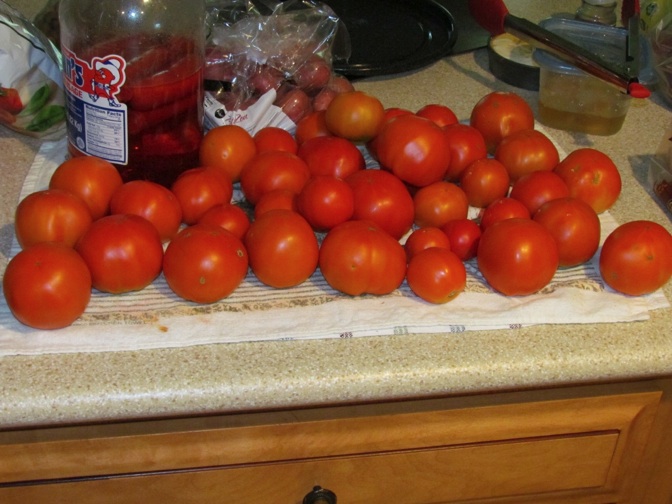 2 Responses to A Tale, and the Garden